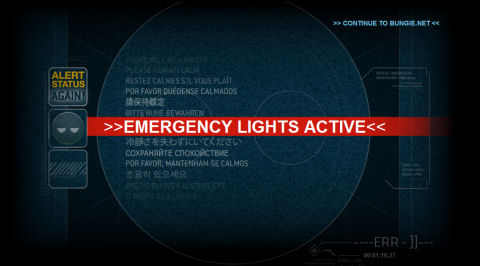 Could this be the delayed E3 announcement?  Perhaps more details on the Mythic Map Pack?

We'll be eagerly watching, but my money is on SOMETHING Halo related..

Follow this link to see the exciting countdown page!

Update:  The Page has been updated and there is a new trailer for something Halo 3 related. The trailer is called "Keep it Clean" and shows what appears to be some sort of Alien attack on a city.  The tag line at the end simply says - "Prepare to drop."  Obviously it's too early to tell anything about co-op, but if this is an expansion pack to Halo 3, you can bet the 4 player co-op will carry over.

Update 2:  Wombat over at UGO has an interesting theory.  A racing expansion pack.