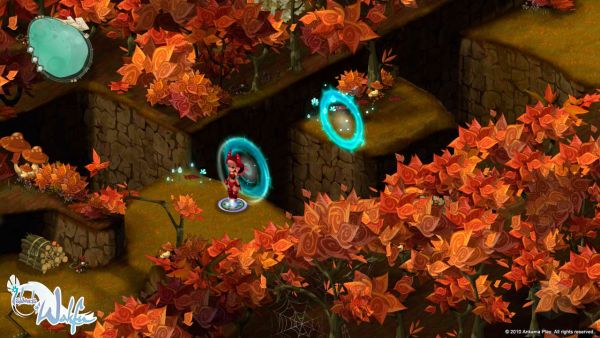 We first previewed the local co-op title Islands of Wakfu back in 2009.  This was before PAX East and PAX Prime, it was just called PAX. You remember 2009, right?  Tiger Woods was still the number one golfer, Avatar was in theaters, and Call of Duty: Modern Warfare 2 was the best-selling game in the world.

Not much has changed for the Islands of Wakfu.  It is still a two player local co-op game, it still looks gorgeous, and there's still a dragon.  You play as Nora and Efrim, and your mix of powers focuses on co-op play.  We have a new trailer accompanied by the announcement of a March 30th release date.  Islands of Wakfu will be available on the Xbox LIVE Arcade for 800 Microsoft points.