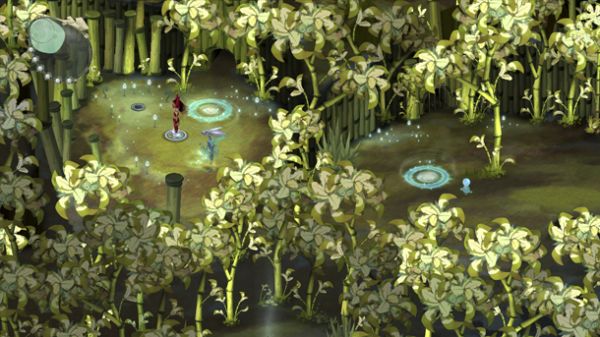 At PAX 2009, we got a behind the scenes look at Islands of Wakfu, a co-op action adventure game with a series of unique magic elements, a dragon, and teleportation. A year later in development and Wakfu’s stylized art has been made into an official trailer - and boy does it look shiny.

I’d give it a bit more introduction, but really this trailer stands for itself very nicely. There are also some solid screenshots that give a great example of how the game will look.  On the co-op front, the game is local only through 14 levels and from the fact sheet supplied players will utilize a shared health system.  No release date was given, but expect the title "soon."