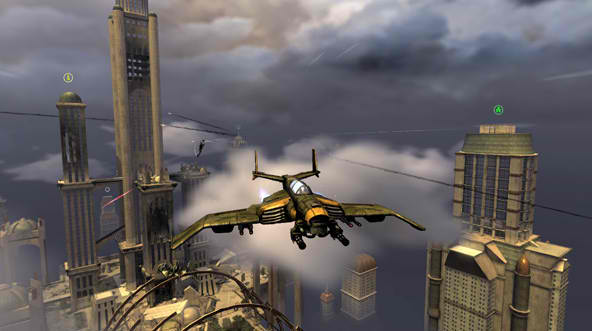 Warhawk 2 was recently seen at a super secret SCEA event. JustPushStart.com claims that select players of the PS3 launch title were invited to play, and no cameras were allowed.  This story may sound like a crappy April Fool's joke, but the story has had a week to marinate, and no one has denied it, yet.  Co-op play has been listed among the games features, and there is reportedly and actual story mode.  You can read more features after the break.  Right now, Warhawk 2 is rumored to hit the PS3 in 2012.