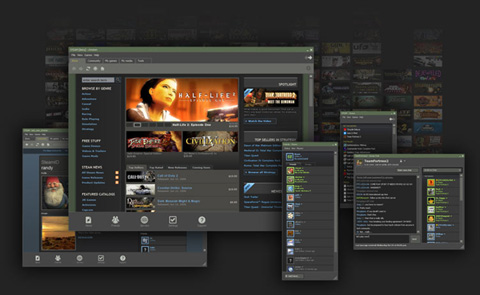 For all you elusive PC Co-optimus fans out there, we have a rare bit of news especially for you this time: Valve's Steam service will be hosting Half-Life 2 mods for free, and will be tacking on  Steamworks support for each, including stat tracking and automatic updates.

Among the first five hosted mods available starting next week is Synergy, the Half-Life 2 co-op mod. Play the award-winning campaign with friends!

Hit the jump link for the full quote from the Steam news post.

As a part of our continuing efforts to support the MOD community, we will begin hosting selected MODs directly on Steam starting next week. The first five MODs to ship on steam will be Age of Chivalry, D.I.P.R.I.P., Insurgency, Synergy, and Zombie Panic. As always, owners of any Source game will be able to download and play all of these MODs for free.

Once installed, these MODs will appear in your "My Games" list and will receive automatic updates just like other games on Steam. Also, these MODs now take advantage of Steamworks, which provides stat tracking and tighter integration with the Steam community.

We're excited to see MOD developers get wider recognition for the hard work they have done, and we hope to support more MOD teams in the future. Watch for the official release next week!