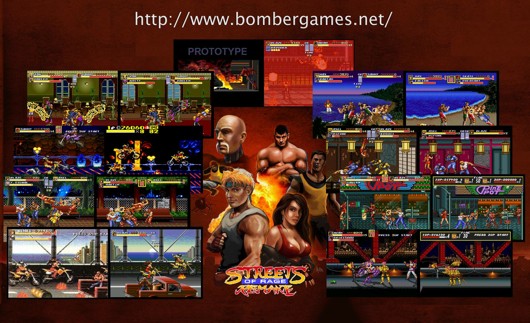 The Streets of Rage Remake fan project we told you about last week has been shut down by Sega's legal department.  According to the game's official forums, "While this issue is being resolved, please do not upload the game for others to download. Any links posted on this site will be removed. Thank you.."  Of course, the cat is already out of the bag - so the proposed "damage" is already done for SEGA.

Of course something like this, something that took a team of fans 8 years to make, only helps a franchise, not hurts it.  Here's what Sega had to say.

“SEGA is committed to supporting any fans that take an interest in our games, and where possible we do so by involving them in Beta tests and other development, marketing or research opportunities. However we need to protect our intellectual property rights and this may result in us requesting that our fans remove online imagery, videos or games in some instances.”

According to the Bomber Games team, they tried numerous times to contact Sega Legal to clear the project, and even sent a formal letter, but it seems they didn't get a reply.  Because of the size and scope of the project, we'll keep it listed in our Database of co-op games - but we just won't be able to tell you where to get it at.

We'll still hold out hope that Sega and Bomber can work something amiable out to get this awesome project released.  It does sound like Bombergames are in talks at least now with Sega - so that's a start.