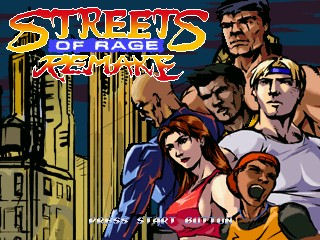 Streets of Rage 2 on the Sega Genesis is one of my all time favorite co-op games, especially in the Beat Em' Up genre.  So there's little doubt that a fan made project that took more than 8 years to complete, and based on the franchise,  is something that has piqued my interest.

The free PC game features two player local co-op play, sadly a planned online mode had to be scrapped.  You can find out more info and download it right here.