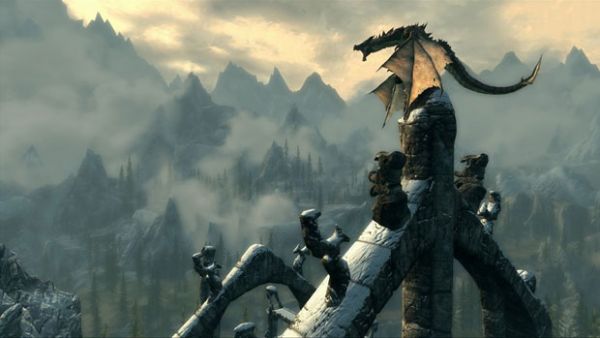 While Bethesda as a publisher looks to have its biggest year ever for co-op gamers with Brink, Hunted: The Demon's Forge and RAGE - Bethesda's biggest game this year is the one being developed in house.  A continuation of their Elder Scrolls saga, Skyrim is set to release on November 11th of this year on the 360, PS3 and PC.  It's an expansive and open ended RPG that is the fifth game in a series that started on PCs back in 1994.  But despite its PC roots and open ended feel, the Elder Scrolls games have always lacked multiplayer - something fans clamour for with every new game in the series.

In the latest issue of Edge Magazine, Bethesda head PR man, Pete Hines, decided to confront that question head on.

'It's not wrong or unreasonable for people to want to experience a game with their friends, or want to do things with folks online. There's nothing wrong with that at all. What we've tried to do is help people understand that in game development, it's all about trade-offs. One of our mantras here is that you can do anything - you just can't do everything. So certainly we could do multiplayer. Unquestionably. It's not a thing we're technically incapable of figuring out. But when we draw up the list of things we'd like to have cut or change in order to support that feature, what we end up with is unpalatable. It'd make a lesser version of the game. And there is no doubt on the dev side that that is the case."

As a long time fan of the series, The Elder Scrolls games have always been ambitious adventures.  Not only in scope of story and technical features, but in gameplay enhancements.  If the trade-off in these games is lack of co-op vs creating something unique and ambitious everygame - well that's a tough call for me.  The Elder Scrolls fan in me wants to see Bethesda keep innovating, the co-op fan in me wants to see multiplayer features.  Perhaps Bethesda can combine those two and innovate through co-op.