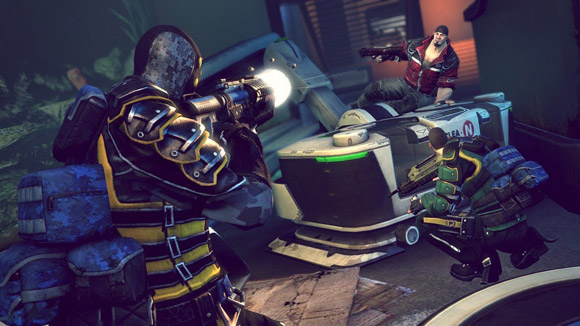 Many of you probably noticed an update for Brink when you first began the game.  Splash Damage took care of a host of minor problems on all three versions. They also make it clear that they "have teams at Splash Damage and Bethesda dedicated full time to resolving any issues you discover."  You can leave your witty remarks about paying $60 to be a game tester, or the wisdom of launching an unfinished game, down in the comments section.  I will most likely agree with you, even though I really enjoy Brink.  I gave it a 4 out of 5 for our Co-Op Review, having a decidedly different experience than some other critics.

Here's a rundown of a few fixes.  For a full list you can check out the SplashDamage.com.

Concerning lag:  "We're urgently investigating this issue and seeing what we can do to improve things in that area."

Similar to the Xbox 360, with additional fixes to the objective wheel.  You can still update your game, even though the PSN is down.

It looks like Brink is still being polished, which has led to the dissimilar experiences gamers are having.  I was honestly surprised when I read some of the negative reviews.  I have played the game for several hours both solo and online, (maxing out one character and mid-leveling two others) and I experienced only a shadow of the problems other people were having.  Hopefully Splash Damage and Bethesda can get the fixes up quickly. Then everyone will be able to have an enjoyable experience.