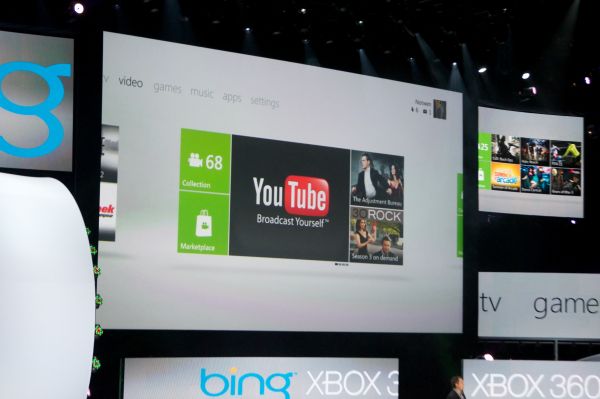 Microsoft seems to have missed the boat on a few things during their E3 2011 Press Briefing, namely two great features we spotted in a post conference press release of upcoming goodies.  While the demonstration were heavy on Kinect titles and enhancements there was a lot of time spent on the new dashboard and a focus on how the 360 will become a central hub for family entertainment across all mediums.

Up first of the unanounced features is a big feature for gamers who use more than two consoles - cloud storage.  Using this you no longer will need to have your profile on a memory card or "recover" it to another console, you'll simply log into your account  like any other online service has been doing to access your gamertag.  The big news though is the ability to utilize this storage for saved games, allowing you access to that content on any console you sign into.

Another interesting feature is something called beacons.

We want to make it easy for you to connect with friends over your favorite games on Xbox LIVE, so we are introducing Beacons to the service. Beacons are a way to tell your Xbox LIVE and Facebook friends that you want to play a game on Xbox LIVE. By setting a Beacon, you tell Xbox LIVE what you want to play. Then, Xbox LIVE lets you know when friends are playing or want to play the same game. With Beacons, no matter what you’re currently doing on Xbox LIVE your friends know that it’s ok to ask you to play your Beaconed games. Imagine sending out a Beacon to let your friends know you’re interested in playing “Halo,” while watching a movie on Netflix. It’s about making it easier for you to share and discover games and multiplayer opportunities with friends on Xbox LIVE.

These features along with a newly designed interface that shares some similarities with Windows Phone 7, YouTube support, IPTV, Bing Search, and other tweaks are out this fall.

I think one under rated feature some folks are over looking is the search support, especially utilizing Kinect.  If you have a lot of content stored on your console you know you can get bogged down by trying to find it, this could be a quick way to get to things.  I guess we'll find out this fall.