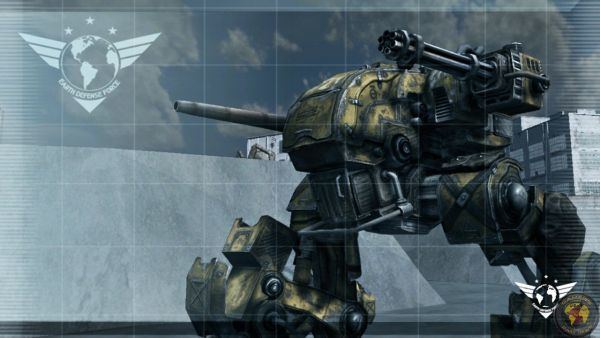 The sequel to the so-bad-it's-good Earth Defense Force 2017 is almost here.  Earth Defense Force: Insect Armageddon has more guns, better visuals, bigger bugs and (supposedly) functional vehicles.  If you spent any time with 2017, you know that the vehicles were one of the worst features in the game.  Calling them "features" does a disservice to the word.  This latest video introduces the Mech, a bipedal, side-stepping weapons platform.  Here's hoping it controls more like the mechs from Trenched and less like EDF 2017's Vegalta.

Earth Defense Force: Insect Armageddon will be out next week on the Xbox 360, and PlayStation 3.   It supports 6 player online co-op and 2 player local co-op.