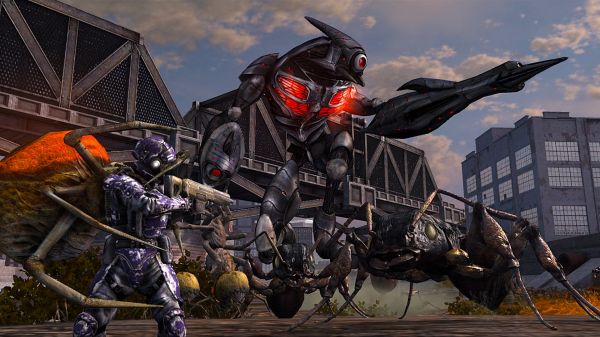 We began the week with a mech video from Earth Defense Force: Insect Armageddon.  Sure, it was cool, but it didn't have that EDF: 2017 "feel."  I wasn't screaming "EDF! EDF! EDF!" at my screen as I watched it.  The latest video, appropriately titled "Destruction," really captures the essence and of EDF 2017.  The whole attitude says, "Insects are destroying the city?  Not if I destroy it first!"  Remember, buildings in EDF 2017 collapsed if you looked at them funny.  Looks like they'll be just as fragile in IA.  The video is right.  We can always rebuild New Detroit.  Maybe we'll call it Nuevo-New Detroit, or even Neo-New Detroit.  Either way, we're gonna blow some stuff up.