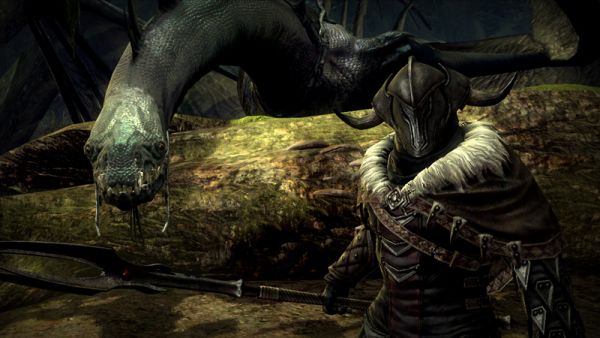 The latest trailer for The Lord of the Rings: War in the North seeks to explain exactly why we should care about these unnamed characters who were not deemed worthy enough to be in the actual Fellowship.  The video has bits of the films spliced with gameplay footage, and the results are actually pretty cool.  The trailer gives some much needed weight to the Northern adventure.  After a lukewarm gameplay experience at E3, the whole thing was starting to feel like an unnecessary spin-off.  The in-game footage is all in slow motion, which is exactly how it felt hands-on.  Here's hoping that the elf I played as had the flu or something.  Snowblind has a great opportunity to build on events merely touched on in the novels.  I'd hope they do the legacy justice.

LOTR: War In the North was originally scheduled for an August release, but we've now been told to expect it this Fall with no official release date being given.  The specific date will be announced shortly.  It will be available on the Xbox 360, PlayStation 3, and PC.  It supports 2 player local co-op and 3 player online co-op.  It also has that all-important feature, local split screen co-op with online play.