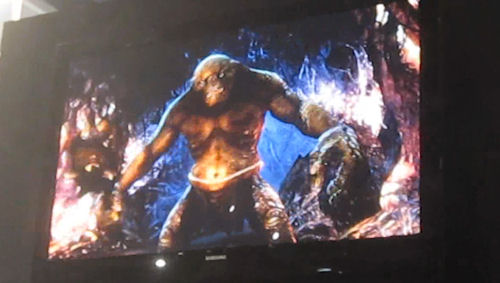 Finally wrapping up our PAX 2010 coverage, we have a video preview of The Lord of the Rings: War in the North.  The five minute video showcases tons of co-op gameplay footage from three giant screens, each displaying a character and their unique abilities.  Along with it we get some developer commentary on the game's stats and customization, a look at the inventory screens, and a bit about the new characters we'll see from the LOTR Universe.

War in the North is still a bit off, but it's looking to shape up to be a solid co-op title with plenty of elements of team play.

Special thanks to Locke Vincent for once again bringing us some awesome footage from the show!