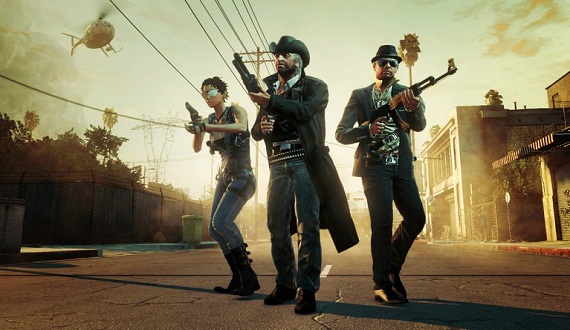 This week we've got a gritty first person shooter and a cartoony zombie defense game.  One is set against the backdrop of an all-too-real drug war, the other takes place during the the early days of rock and roll.  You can probably figure out which is which, but we're here to help.

Call of Juarez: The Cartel (PS3, 360)  The latest entry into the Call of Juarez series ditches the old west setting for a more modern locale.  What would you do if given the choice between a 19th century revolver or a modern-day assault rifle?  That 's what we thought.  3 player online co-op

Dead Block (PSN, XBLA)  This game was released earlier this month on XBLA, and now PSN users can battle the undead.  A zombie horde born from Rock 'n Roll is menacing the neighborhood.  Use zany traps and three local buddies to survive yet another zombie apocalypse. 4 player local co-op

Here's a list of the the retail games coming out this week.

If we missed something, please let us know in the comments section.