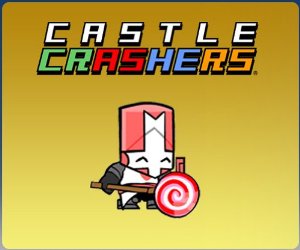 Castle Crashers is probably the best side-scrolling beat-em-up in recent memory, if not all time. The XBLA version just got a little better as The Behemoth has finally published a second title update, fixing many of the game’s longstanding issues. The update also introduces a new piece of DLC, the Pink Knight pack. And it’s free! (The Pink Knight has been available as paid DLC in the PSN version since February.)

My only complaint is that these changes come so late in the game’s lifespan. The cheat fixes in particular should have been implemented long, long ago. Still, the new DLC and other changes provide a great incentive to get back into the game. Castle Crashers co-op never gets old.

The Pink Knight was born out of the Xbox LIVE Arcade community. The Pink Knight was a myth when Castle Crashers released and the fans believed in it so much that myth became reality – a completely FREE reality available now for your own personal realities.

With each of the first 50,000 downloads of the Pink Knight we are donating $1.00 to the Keep A Breast Foundation to raise breast cancer detection and prevention awareness.

Thanks to Co-Optimus forum member fignutz32 for the tip!