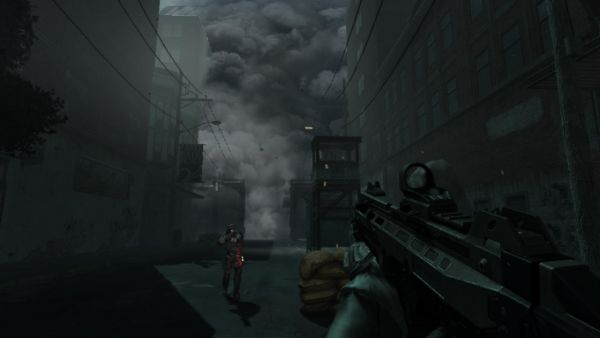 This is a heck of a deal for one of my personal favorite co-op games in recent memory, one in which I played through the campaign twice.  We gave the game a solid 4 out of 5 for it's co-op gameplay.

F.E.A.R. 3 supports two player local co-op through both the campaign and survival modes as well as 2 player online campaign co-op and four player online survival co-op which includes the infamous F*cking Run mode.  So hurry - get to ordering or you might make Alma angry...and you won't like her when she's angry.