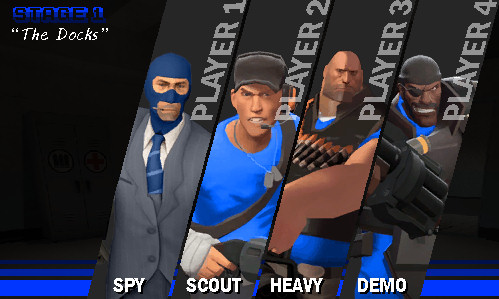 Right on schedule, Eric Ruth has released Team Fortress 2 Arcade to the masses.  The four player beat em up de-make of Valve's shooter is available for anyone to download for free.  TF2 Arcade features all nine character classes for players to choose from as they take on the role of the Blue Team on a mission to take down all nine reds - each a boss of the game's nine levels.

The free PC download features four player local co-op, but each player must use a keyboard.  It's going to be a bit cramped for sure.  Thankfully Ruth is committed to updating the game, he's already stated that online co-op is something he'd like to implement, so hopefully gamepad support can be added as well.

You can download the game right now over at Pikmal.com.