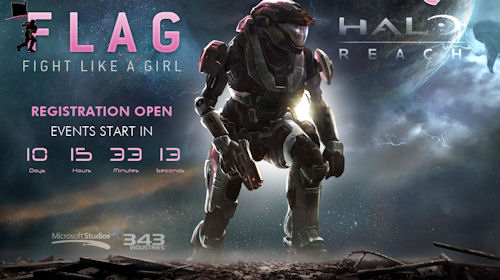 This is one of those news posts that has that meta co-op element to it along side a real co-op element.  If it's been a while since you've played some Halo Reach, you might want to jump back in, as this year marks the 6th year for the Halo FLAG tournament.  Fight Like a Girl is a charity fund raising tournament where players compete against each via Xbox Live and raise money for Breast Cancer and Cervical Cancer research.

While the bulk of the tournament is for versus modes, there is a team based Firefight score competition.  So you'll need to play some four player co-op with friends and try for the best score possible.

Last year the tournament raised over $7,000 for charity and this year they hope to raise even more.  To find out more and sign up visit the official FLAG Website.