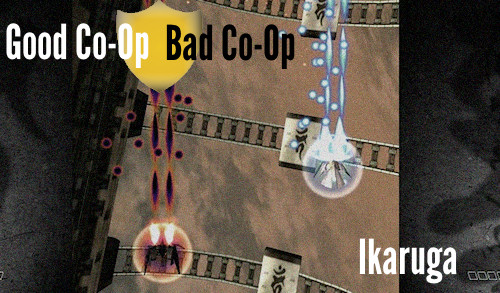 Good Co-Op, Bad Co-Op - a tale of two friends who love playing games together.  The man who gives the best upsidedown hugs, Sunflower4000 and the love wizard Locke have put their differences aside and teamed up cooperatively in a battle against fate.  Season 1 is about to kick off for Co-Optimus' first video series, but for now, we thought we'd give you a little teaser with a special showing of everyone's favorite SHMUP.

This week we are playing Ikaruga. On the hardest difficulty. (we know, it is a stupid idea)