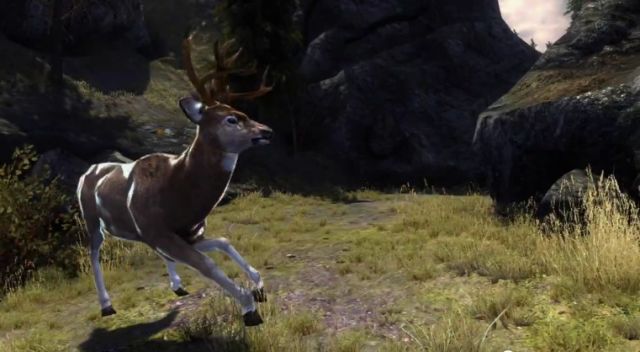 It's that time, meat lovers! Fall season 2011 is here, and buck fever has struck. A sure sign of the hunting season, Cabela's has a quick fix on the shelves for those times in between weekends when you just have to stalk something. Cabela's Big Game Hunter 2012 is available this week, and already three DLC packs are waiting for you to pull the trigger.

The Alaskan Rocks, Texas Woods, and Chile Plateau shooting galleries are free on the PlayStation 3, while the latter two will cost 160

for the Xbox 360 version. Shooting galleries are on-rails sections that are playable with up to four people, either in co-op or competitive scoring modes.

We're currently taking a walk through the game and will have a review available in the future. It supports four player local co-op (on-rails shooting).