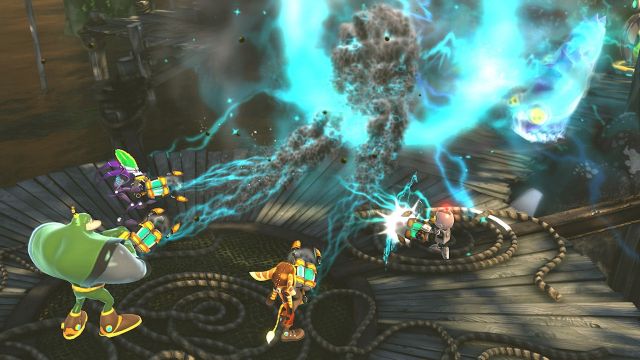 While many gamers out there are doubtlessly sleeping this weekend with visions of a certain caped crusader soon to be swooping through the streets of Gotham again, we here at Co-Optimus are dreaming of a different kind of adventure. One in which four friends can team up to kick some major tail in the world of Ratchet and Clank. After watching the latest trailer for Ratchet and Clank: All 4 One, featuring some "big moments in co-op," we feel pretty confident that we won't be the only ones.

If that trailer isn't enough to get you eager for some co-op action, our very own Mr. Puleo had a chance to check out the beta and offer up his impressions on what's sure to be a great game with friends.

Ratchet and Clank: All 4 One his store shelves next Tuesday, October 18.