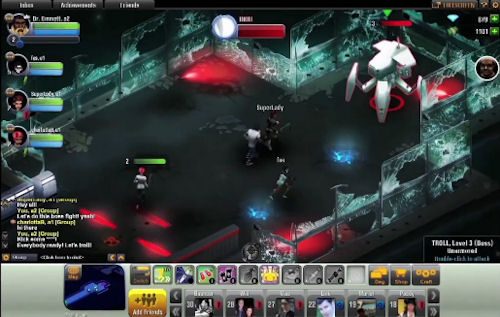 Online co-op game Gunshine.net is out of beta after months of testing from users.  The four player game ties into Facebook and offers a slick RPG/Action experience that's a bit like a modern day remake of Syndicate - no... not that Syndicate.

Obviously, being a Facebook game, the entire thing is free with supported microtransactions.  I've personally been playing the game since beta and it's come a long way.  You'll start by creating a character and working your way through a brief tutorial, then you can invite some Facebook friends to take on co-op missions and bosses, earning experience, and leveling up your custom character.

Here's a video of the game in action.

As you can see, this isn't just a simple Facebook game, but a fully 3D multiplayer experience loadedo n demand in your web browser.  It's pretty impressive. You can sign up for Gunshine.net for free at the official site.