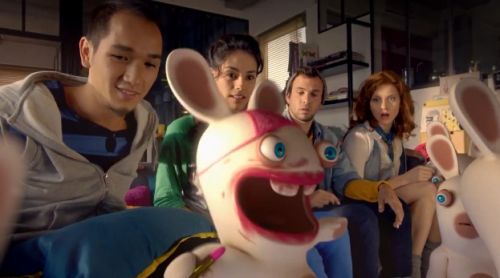 This Rabbids: Alive and Kicking trailer begins with a truly horrifying scene.  Clearly, animated monstrosities have invaded these peoples homes, had their way with them, and are now holding them against their will.  The doomed foursome tries to fight back, but to no avail.  These people are obviously under the influence of a weapons-grade hallucinogen.  Now they are forced to perform bizarre tasks like animals in some deviant ringmaster's circus.  This is a family game?  As I said before, what the hell is wrong with you people?