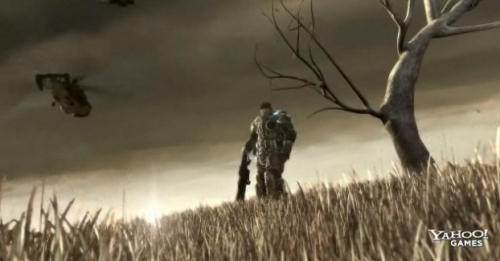 Yahoo Games is hosting an exclusive video for Gears of War 2.  Some of you may remember the Mad World commercial from the first game; in the same sense that Gears 2 is a sequel, so is the "Last Day" commercial.  While the ad is premiering on Yahoo, it will see a worldwide television launch starting November 2nd with Monday Night Football on ESPN.  From there expect to see the commercial on FOX, FX, MTV, and the Sci-Fi Channel.

The video features the song “How it Ends” by indie rock band DeVotchKa.  All the familiar faces from the previous game are featured, and it's easy to see how this game is focused on co-op play by the brotherhood shown between these characters.

We've posted the full video after the read more break.  So what do you guys think?  Mad World, Last Day, or Rendezvous?