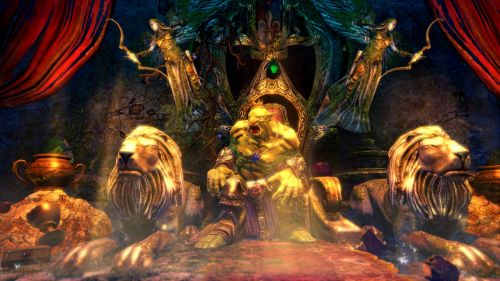 That's it!  I've had it!  I'm going to stop declaring the 2011 gaming season officially over.  Every time I prepare to put the Co-Op Release Alert on winter hiatus a new game decides to launch.  This week was looking pretty bleak until this tweet popped up.  Thanks, Frozenbyte.  You've guaranteed a Co-Op Release Alert all the way up until Christmas.  Jerks.

Just Dance 3 (PS3) It's another waggle-rific dancing game.  The Guitar Hero and Rock Band franchises died a slow death due to market saturation.  This genre can't be far behind. 4 player local co-op

Trine 2 (PC, MAC) This is the follow-up to the excellent co-op puzzle platformer, Trine.  The PC game was stellar, but the PSN port lacked some features.  This sequel should have all the features of the PC version.  We'll know before the year is over. 3 player local co-op, 3 player online co-op

Here we have the remaining retail releases of the week.  Let us know if we missed anything!