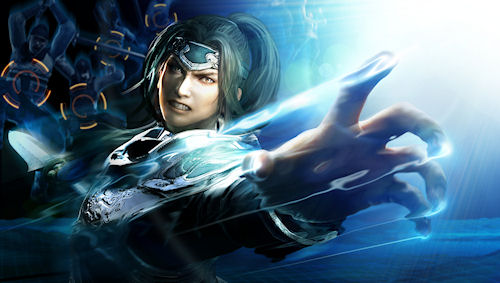 Tecmo-Koei have announced a new Dynasty Warriors game, called Dynasty Warriors Next, is coming to the PlayStation Vita.  From the description it looks to be a standard Dynasty Warriors affair with several additions just for the Vita including four player co-op, control enhancements and several social features.

The biggest additions seems to be touch controls for certain actions as well as the ability to "shake" the device to power up Musou attacks.  Using Wi-Fi or 3G you can enter into several social modes as well as a conquest mode.  Via AD-HOC you can play four player co-op in something called Coalition.  Whatever mode or features they do add, you can bet Lu Bu is still present along with the dang Yellow Turban Rebellion - which you'll be putting down portable style.

More details will be revealed soon as the game is a PlayStation Vita launch title - which means a February 22nd release date next year.