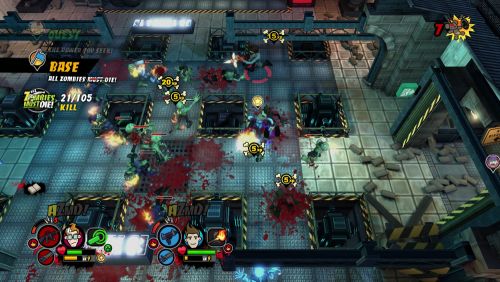 While the new co-op releases are slim this week (only one title), there has been a huge amount of downloadable co-op games that have come out over the past few months.  Similar to our retail co-op game backlog list from a few weeks ago, today we offer you the best downloadable content from the past few months.  First, this week's one, brave, co-op release:

All Zombies Must Die! (PSN, XBLA) This is yet another zombie-based twin stick shooter.  This one sets itself apart from the pack with some keen RPG elements like leveling and weapon crafting. (The XBLA version should be available tomorrow, 12.28.2011) 4 player local co-op

As usual, if I missed a co-op game, please let me know in the comments section!

All Zombies Must Die! (PSN, XBLA)

Anything catch your eye? What will you be downloading this week?