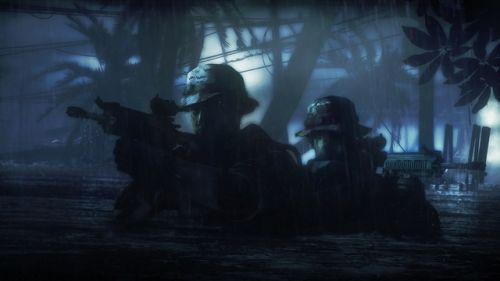 One of the problems with modern gaming and the internet is that websites like Co-Optimus often get to know about a game before they are officially revealed. We already knew that Medal of Honor: Warfighter was coming, but EA have gone ahead and revealed it anyway at this year's GDC with a new trailer and some more information. The most pertinent info is the release date: October 23rd 2012.

Details about the rumored co-op mode are still unknown, but EA were able to furnish us with some facts about the solo experience:

From rescuing hostages in Abu Sayyaf’s Basilan, Phillipines stronghold to assaulting Al-Shabaab’s “Pirate Town” on the Somali Coast, gamers step into the boots of Tier 1 Operators as they hunt down the global threat of PETN. Medal of Honor: Warfighter is the only game that gives players a view into these real world events and lets them experience the action as it might have unfolded...

So it appears that MoH Warfighter will try to add emotional depth to the story by reflecting on the life of a soldier's family; hopefully they will treat this with the sensitivity it deserves.  Meanwhile, in the online arena you will be able to play as some of the most recognised fighting forces in the world including the good old British SAS and the German KSK.

Check out the video and images for a sneaky peaky into the game.