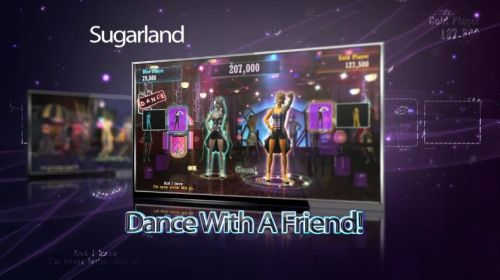 Dagnabbit, people, how could we let this happen?  Each week I ask you guys to sound off in the comments section of the Co-Op Release Alert and let me know if I missed any upcoming co-op titles.  I guess I deserve some of the blame, since my game-dar isn't really set for dancing games, especially country music dancing games.

It doesn't matter who's at fault (probably you).  I'm here to let you know that Country Dance All Stars came out on March 6th for the Xbox 360 Kinect.  I mistakenly had the game grouped with the single-player rabble.  Sorry.  I hope you can forgive me. That being said, grab your cowboy boots and get to dancin'!  Keep on reading for a partial song list and video extravaganza!*

*video may not include an extravaganza

CMAS features over 35 songs, including:

Honestly, I recognize one, and only one, of these songs: "Boot Scootin' Boogie."  I assume this is a dance that someone would be forced to perform if they stepped in a cow pie while wearing cowboy boots.  Hey, Gwyneth Paltrow's on the list!  That's not weird, or anything.  Oh yeah!  She did that one movie about the... stuff... on Glee, I think?  Clearly I'm out of my element.  I could research these titles a bit, but I'd be insulting country music fans, and quite frankly, torturing myself.

My guess is that most of you checked out when you got to the word "Country" in the headline.  If you are still reading, and you are a fan of country music, feel free to weigh in on the song selection in the comments section below. You've earned it!  I hope the track list is great!

Country Music All Stars is available now for the Xbox 360.  You'll need a Kinect to get your groove on.  It supports two player local co-op.