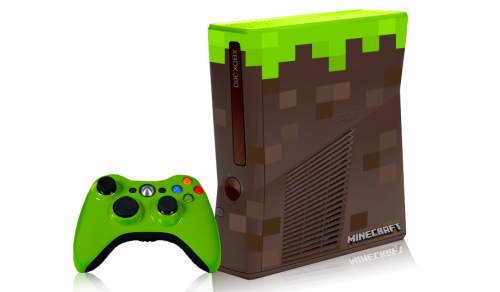 After months of patiently waiting for some sort of news of its Xbox 360 debut, Xbox LIVE’s Major Nelson, Larry Hryb, has finally given us some form of relief and announced the long awaited Minecraft: Xbox 360 Edition release date, also including a handful of other upcoming XBLA titles along with it.

Predicted for a late 2nd quarter release, Microsoft has stayed true to its word. Minecraft fans can now rejoice as they will be able to take their beloved game to their 360’s come May 9th. Probably trying to stay on par with its PC counterpart, Microsoft has decided to give it a 1600 MS Point price tag ($20), which might seem like a rip off at first. The 360 version offers better co-op and multiplayer capabilities than the PC version and will also include the widely sought after in-game “Trials” with the finished product, giving the 360 version way more to start with than most people would consider. Just like Hyrb states:

The infinite possibilities in “Minecraft” just got bigger. “Minecraft: Xbox 360 Edition” brings the global phenomenon to console gamers for the first time. The Xbox LIVE Arcade version of the game features an innovative new crafting interface, natural controller movements, a full Tutorial mode to teach the basics and for the first time in “Minecraft,” split-screen multiplayer as well as over Xbox LIVE.

And again, don’t be too concerned about the ongoing updating Minecraft has and how Microsoft normally deals with updates. The 360 version will be getting free updates so we don’t have to shell out even more cash for small tweeks; the only downside is that updates might take a little longer to get than of the PC version. In the end, we'll get a great deal for an awesome co-op game, and it shouldn't be something worth complaining about.

Check out the trailer for Minecraft, as well as the other XBLA games coming out very soon and all of their dates/prices:

FABLE HEROES: May 2 for 800 Microsoft Points

Put your guns down for a minute, people, and rejoice for once! We finally have our Minecraft 360 release date! I was beginning to think we wouldn't get one at all.