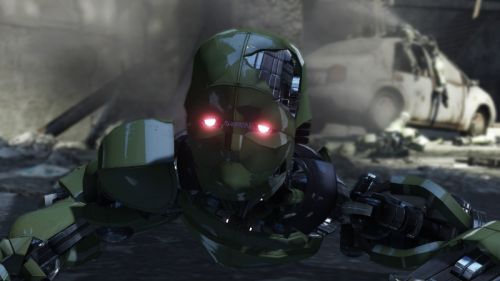 Oh, thank goodness. We're almost out of April. This month has been dismal for co-op games. At one point it looked promising, but a few titles got delayed. When all was said and done, we had a paltry eight co-op releases. Three of those were PC ports of games that had already hit consoles. Of the remaining five, three were smaller downloadable titles.  Kinect Star Wars was the only  co-op retail game that launched this month. At least some single player games picked up the slack, or else I would have had to pay attention to my kids. At least next month looks promising.

A Valley Without Wind (PC) It's an open world meet Minecraft meets Metroidvania style game. Supports a ton of people in co-op from the same folks that brought you AI War. 16 player online co-op

Binary Domain (PC) Here's a nice third person shooter for the PC gamers out there. Binary Domain is a fun single player experience, but I wouldn't buy it for the co-op. Overall, it's a solid title. 4 player online co-op

Below you'll find the other retail releases available this week. If we missed something, let us know!