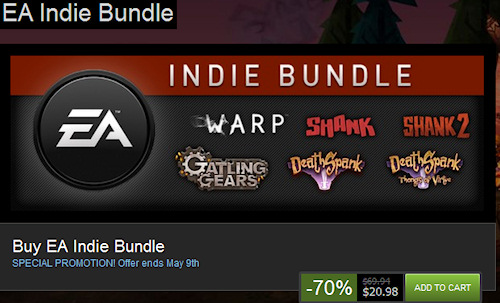 EA has released an Indie Bundle on Steam which features six titles for the low price of $21.  The normal asking price for all six games would total almost $70.  Best of all, five of the six include cooperative features - score!

Here's the breakdown of what's included:

The special price for the bundle ends on May 9th.