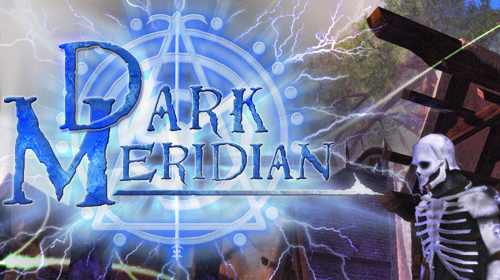 Talus Studios has begun their funding for a new co-op RTS hybrid game through...you guessed it - Kickstarter. Dark Meridian is a fusion of real time strategy, role playing, and a third person shooter. It allows you to take a persistent character into a battle as both a strategic leader and a frontline fighter. Combining all three genres in one massive war is a daunting task, so if you want it to happen here is the perfect chance to help these guys out.

There are a ton of games being funded through Kickstarter, so why did we pick this one out of the bunch? Well we obviously love co-op games, and Dark Meridian boasts 32 player matches - with full cooperative play. This means that you and your friends can mass an army together against huge AI forces.

What is appealing about a game like this is that everyone involved can play the game however they want. More strategic players can sit back, collect resources and build up the base where more aggressive players can take the fight in their own hands to hack and slash their way to victory. You could almost say it is a co-op buffet, as there is going to be something for everyone.

Talos Studios is a small group of artists and engineers that wanted to cast down the shackles of a large development studio in hopes of creating a more fulfilling game experience with a smaller team. Their philosopy is that an excellent cooperative gameplay experience is core to their game design and they want to develop their games from the ground up to be played cooperatively. We approve.