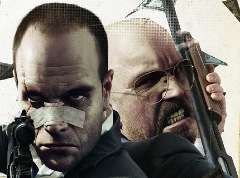 Well, thanks to eagle-eyed member "borandi" we have just updated Kane & Lynch: Dead Men to the infamous status of 1250 gamerscore with five new achievements. There were rumors when the game was first released that DLC would be revealed shortly after, but nothing ever came of it. New achievements are always a good indicator of DLC, so we'll definitely be keeping our virtual ears open for an announcement on that front. As of right now, we have no idea what, when or how this DLC will take shape.

The achievements are only described as "secret," so not much more is known about them. Co-op players can only wait and see what exactly this means for them.