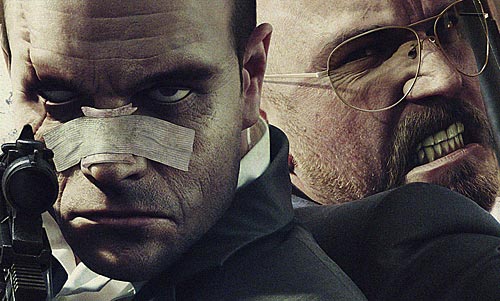 Kane and Lynch was a great co-op game that got a bad rap due to a review scandal between Gamespy and Eidos.  Despite the mixed reviews the game has gone on to sell over a million copies as well as having a movie adaptation in production.  So it should come as no surprise that a sequel to the game is in the works.

The two player co-op game had one player controlling Kane, a death row inmate with only his daughter to live for; while the other player controlled Lynch, a psychotic watchdog who is baby sitting Kane making him get the money owed to a gang.   What will be interesting to see is where it takes off from, as the end of Kane and Lynch offers two distinct paths you can choose.  I won't ruin it, but neither path has a good decision for the game's characters.

We'll probably hear more about this at E3 in a few weeks if the rumored Fall 2009 release date is true.  Lets just hope it retains the cooperative aspects.