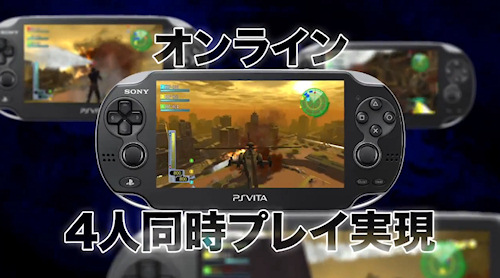 PlayStation Vita owners will be getting a version of Earth Defense Force 2017 for their shiny portable console this fall.  A version of the game, which is being called Earth Defense Force 3 Portable is being released in Japan this September and is being published by D3 Publisher.  While the Xbox 360 version of the game only featured two player local co-op, the PlayStation Vita version will feature four player co-op play via AD-HOC wireless or online.

There's no word if the game will find its way to North America, but we'll hold out hope for a port.  Of course you could always go Co-Op International and try to import it.