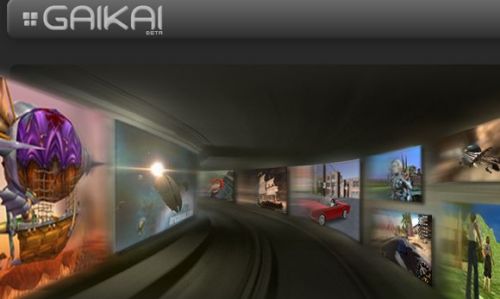 Sony Computer Entertainment today have announced that they have acquired cloud gaming provider, Gaikai, for 380 Million dollars.  Cloud gaming services are in their infancy, with OnLive being Gaikai's main competitor at this time.

Wit this purchase Sony looks to create a new cloud service using Gaikai's streaming technology, which allows for games to be played on-demand on a variety devices using a fast internet connection. Sony Computer Entertainment's President and Group CEO, Andrew House, said in a statement: "By combining Gaikai's resources including its technological strength and engineering talent with SCE's extensive game platform knowledge and experience, SCE will provide users with unparalleled cloud entertainment experiences.  SCE will deliver a world-class cloud-streaming service that allows users to instantly enjoy a broad array of content ranging from immersive core games with rich graphics to casual content anytime, anywhere on a variety of internet-connected devices."

How exactly the technology will be utilized and when exactly it will be utilized is of course up in the air.  Rumors swirled before E3 that Sony had signed a deal to bring cloud gaming to the PS3 to allow gamers to experience the back catalog of PS1 and PS2 games without the use of emulation.  Whether this is still the plan, or perhaps, Sony will bring full PS3 titles to the service as well, that remains to be seen.  Even more interesting, the technology could allow for PlayStation 3 games to play on Sony's PlayStation Vita.

Of course being this late in a console's lifecycle, the infrastructure required to set up something like this could be significant and Sony may push all streaming based used to the PlayStation 4.