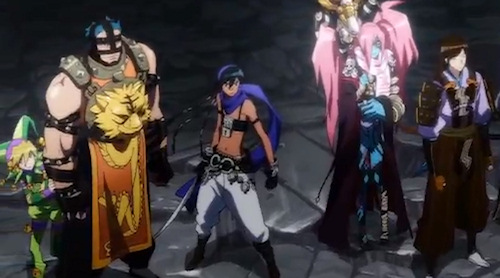 This week we're lacking a AAA cooperative title, but that's okay. The single player epic, Dishonored, should more that make up for it. There are a few co-op titles for those of you who are into portables, spell casting, dancing, and happy warring.

Code of Princess (3DS) Did you like Guardian Heroes? If so you should check out this trailer. Yeah, all that's happening. Everyone loves bikini armor. Everyone. 4 player online co-op

Harry Potter for Kinect (360) Apparently players will be able to use the Kinect sensor to scan their faces and create a character in their own likeness. I wonder what monstrous first-year Hogwarts student my giant, balding, bearded noggin would create.  2 player local co-op

Happy Wars (XBLA) This game is free-to-play to all Xbox Live Gold members. So why wouldn't you try it? 15 player online co-op

Here are the big retail releases for the week, complete with Amazon links. If we missed anything, let us know in the comments section.