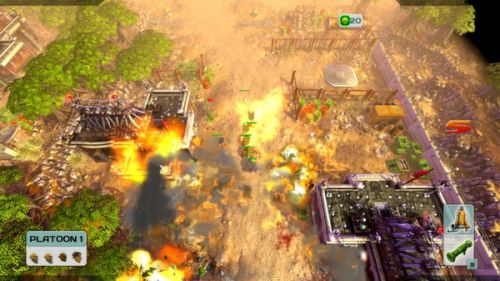 Cannon Fodder 3 was released earlier this year, but was only available via Gamersgate.  I was initially excited to learn the game was now available via Steam, allowing me to play the game's four player co-op mode with my friends via the service.  Sadly once I purchased the game I learned there's no Steam integration to speak of, it's simply a method for delivering the game to your computer.

The game utilizes GameSpy tech and a server browser to find other multiplayer matches, in my short time with the game I wasn't able to find any other games being played.  Seriously people, this is Cannon Fodder!  Let's get to it.

The game is priced at $19.99 but is currently on sale for $16.99 for a limited time.  Cannon Fodder 3 supports four player online co-op play through the campaign.