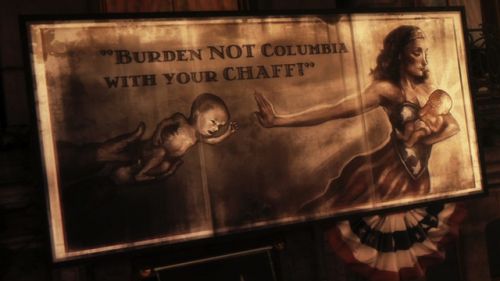 From its announcement back in 2010 and a trailer that captured the gaming world in approximately 15 minutes, practically everyone is looking forward to BioShock Infinite release. There is no getting around it. However, it looks as though some bad news came out of Irrational Games recently, as they have just announced that BioShock Infinite will no longer contain any of the intended co-op modes upon release.

Creative Director, Ken Levine, got in touch with Kotaku and dished the details over the last few days regarding the modes, which happened to involve co-op! There’s been a lot of changes going on over at Infinite, such as adding a chief Gears of War developer to the BioShock team, a former BioShock talent coming back into the series, but also of a ton of content development related problems and added stress to boot. According to a few sources close to the game, the current team working on the game is having a difficult time making a full-fledged game that meets the expectations of gamers who watched the eye-popping trailer and played the demos. Infinite is experiencing problems that many other games, which set the bar a little too high early, on do, along with a few other internal issues that have been addressed. Our main concern from this news, however, was learning that two co-op modes that were previously development have been officially cut, partly due to the loss of a number of key team members from Irrational.

Levine has stated back in 2010 that Infinite wasn’t going to guarantee a multiplayer mode in game, but job listings posted by Irrational later that year spoke otherwise. They actually put a lot of effort into multiplayer development (as much on the “D.L.” as possible) to try and make players avoid trading in the game after a play through or two like the first title of the series. Eventually, these multiplayer modes were cut all together and had all included co-op elements in some way.

One was basically a co-op tower defense game. It had players become miniature versions of themselves and be put into an old-school arcade machine, as waves of enemy toys would move out and attack. Unfortunately, it just didn’t pan out correctly and so it was scrapped for another potential co-op mode, “Spec-Ops”. This wasn’t the official name for the mode, but a nickname given to it due to the similarities between it and the recent Call of Duty: Modern Warfare titles. Within this mode, up to four players would traverse through single-players levels of the game and work together to survive, which actually sounded promising. Again, this mode never came to fruition due to some of the multiplayer developers being taken off to work on the E3 2011 demo instead.

The “Spec-Ops” mode has since been put on ice, and there’s a good chance that Infinite will be shipped as a single-player-only game, despite Irrational’s previous efforts to include multiplayer in some way:

As I've always said we are experimenting with things, and only if they are good enough will we put them in the game. - Levine

As we wait for 2013 to roll around, we hope to hear some more positive news coming out of Irrational and BioShock Infinite getting back on track (and possibly bringing back our desired co-op modes too).