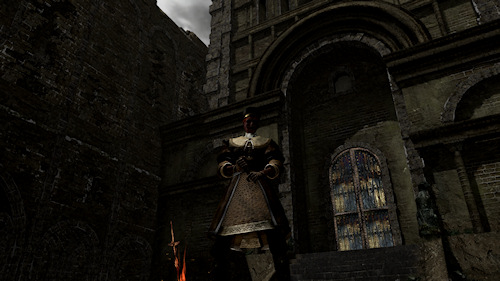 If you purchased the new PC release of Dark Souls, the Prepare to Die Edition of the game, you may have not been prepared for just how ugly the game looks.  PC owners are a proud bunch and we like our games to run silky smooth and look great while doing it.  Instead gamers were greeted with a blocky, pixelated mess when they attempted to play the game at its locked 1024x768 resolution.

Luckily one modder was prepared and within 30 minutes of the game's release put out a fix for the game which unlocks other resolutions and cleans up the mess.  The result is a very pretty game thanks to a DLL that intercepts calls to the graphics card and sets them to something more reasonable and realistic.

The modder, who goes by the name of Durante, makes no warrants against how well this will work throughout the game.  That said there seems to be a handful of updates to the hack, so you should be good to go.

Dark Souls: Prepare to Die Edition is out now on PC with three player online co-op.  The extra content is planned to hit consoles this fall.