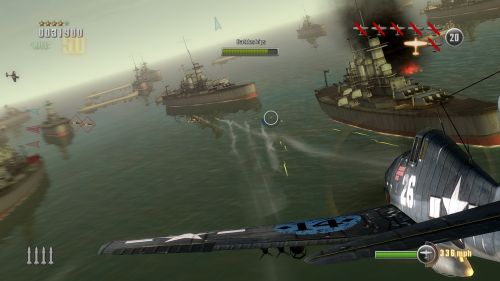 Dogfight 1942 is a downloadable game that seemingly snuck up on us out of nowhere.  The title from City Interactive is an arcade style aerial combat game which features a series of campaign missions as well as survival scenarios that you can take on by yourself or with a friend in split-screen co-op.

The game features over 40 planes to pilot, including the P-38 Lightning, Spitfire, and the P-51 Mustang.  You can download the game today on Xbox Live, or wait to get your hands on the PSN or PC version which should be out in the coming weeks.   Dogfight 1942 will set you back 1200