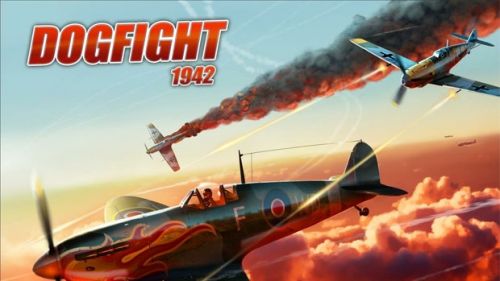 Chocks Away!  Tally Ho!  Pip Pip!  I've run out of WW2 British pilot clichés, so I better get on with the news.  2 player local co-op flyer Dogfight 1942 is on sale for a limited time on xbla.  The main game is now 800 Microsoft Points, whilst the two pieces of DLC are even better value at only 240 each.

The sale is like being in the war itself, as in we don't know when it is going to end - could be today, tomorrow, but everyone is saying it should be over by Christmas.  The DLC is usually priced at 800, so 240 is a significant reduction.

Dogfight is a flying game that allows 2 player local co-op in the survival mode, as well as some of the campaign missions.  Check out the demo, or add the full game to your download queue from here.