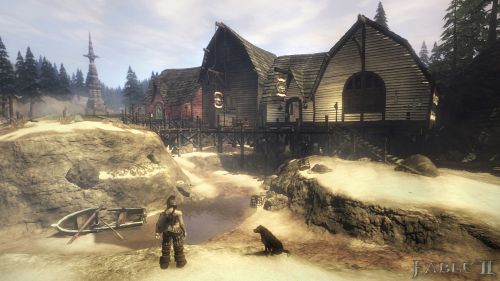 Well the "Big" announcement is finally here, and really, it's not all that big.  Lionhead has announced a premium DLC pack called Knothole Island that unlocks new quests, armor, weapons and areas to explore and gain.  The download is set to come out December 12th for a price of 800 MS Points, which seems to be the standard run of the mill pricing for DLC these days.

Umm...really?   Maybe I'm misunderstanding something here, but why wouldn't this just be included in a title update?  Speaking of which  - where's the update to fix some of the outstanding bugs Lionhead?