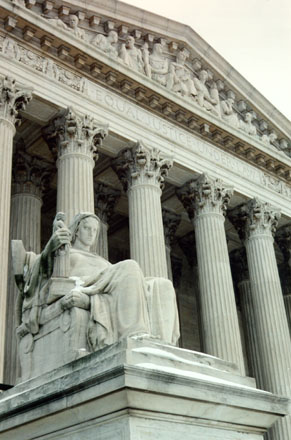 If you didn't know, Andre works for Microsoft's product development team.  You could say that he has..."an in".  And that's a good thing because he was kind enough to dig up some interesting stats about cooperative gameplay on Xbox Live.

As of October 2007, the following stats were true for co-op on Xbox Live.

That first number really has to stand out at you - 64% played co-op.  Last time I checked around October there were at least 3 million copies of the game floating around.  So you do the math.

So with all that, the Bill of Rights is written.  It's broken up into two sections.  The first section is everyone's expected baseline experience.  Something EVERY co-op game should have.  The second section is the things that are nice to have, but not absolutely necessary (or may be difficult to implement).

The Co-Op Gamer's Bill of Rights

Required Features All Future Co-op Games Should Have In Our Humble Opinion:

All co-op games should allow players to play cooperatively through the rich, single-player experience. Doing so through suspension of disbelief (ie, when cinematics refer to only a single player) is ok, though not ideal.

All co-op games should maintain group continuity. Specifically, once players have formed a group to play together, allow that group to stay together through levels, transitions, cinematics, etc. Consider enabling party leader/host migration if the party leader should have to leave. The game should never force players to rebuild their group after a mission.

All co-op games should have flexible save points allowing players to save their progress and pick up from it at a later point without losing their progress.

All co-op games should support join-in-progress, where a player can join (and leave) another player's game at any point in time (also known as "drop-in/drop-out" support). Join-in-progress should be allowed regardless of the joining player's own, personal progress through the game.

All co-op games should allow the host to set whether anyone or friends-only can join. Players who join should also be able to invite their friends.

Games that allow split-screen and online play should support any combination of these two play modes. For example, two players can play split-screen on one console while allowing a third player to join their party over LIVE.

A game that allows co-op online play should also support co-op play locally, either through LAN or split-screen (ideally both). An online subscription should not be required to play co-op locally on a LAN.

Cool, Harder to Implement Features We'd Like to See in more Co-op Games of the Future:

Design core gameplay around the concept of two or more players coordinating and playing cooperatively together. This means game mechanics or puzzles that require two players to play together to progress, and not simply enabling two people to play through a standard FPS level together. Simple examples include Splinter Cell Chaos Theory and Army of Two with concepts such as dual-trigger activities (two buttons must be pressed at same time to open door, or double keys on doomsday machines), helping traverse terrain (boost up/rappelling), and combat coordination (dual-sniping, distract guard while companion attacks from behind).

Playing co-op should not result in a lesser experience than playing the game solo. Specifically, story and cinematics should A) be available to co-op players, and B) change to acknowledge additional co-operative players playing through the rich, scripted "single player" campaign. Examples include Resistance, Halo 3, etc.

Plan for game replayability and allow players to play through variants on the core, co-op game. Examples might include randomized enemy placement, multiple paths through levels or solutions to challenges, new more challenging difficulty levels, updated objectives, or allowing other online players to play "AI opponents" in your game.

Allow co-op teams to to personalize their in-game characters through skins, clothing, face-in-game, or other methods.

If your co-op game has distinct roles (such as guitar player, sniper, medic, etc.) consider adding role selection as an option when matchmaking.

If a multiplayer game supports AI, enable players to play as a co-op team against those AI opponents. Put another way, allow players to play against AI in a private, friends-only game if they wish.

Allow players of very different skill levels to play together effectively, either through handicapping/buffing or by providing a unique co-op helper role for the lesser skilled player. An example of this is the 'loot vacuum' role played by the second player in Super Mario Galaxy.

If additional, downloadable content is needed to play the game cooperatively online, consider ways of A) notifying a player up front of that need, B) linking the user to where they can access that content (needed for paid content), and C) if possible, consider sending the content directly to the user P2P.

Enable "try before you buy" by partnering cooperatively with another player who has purchased downloadable content. Allowing the purchaser to invite other players to play with that content for free (while the original member is hosting) lets a wider audience try your content... to everyone's benefit.

Build larger-scale co-op campaigns that allow greater than two players to play together. (One example of this are reports of Resistance 2 on the PS3 supporting 8 players playing cooperatively together at the same time.)

Consider adding a simple co-op play mode to games that aren't necessarily designed with co-op in mind. One example is Eternal Sonata, a traditional RPG that allows multiple local players to control different characters in combat.

If game content needs to be unlocked in order to access it, share the unlock between single player and co-op modes.  For example, in Guitar Hero III, unlocking a song or guitar in single player mode makes that song available in co-op mode (and vice versa.)

Allow a player to jump to another player's camera view (with appropriate permission, and taking potential cheating or game balance issues into mind). This provides a useful tool for one player to assist another player through a level or challenge.

A very special thanks to Andre from Ozymandias.com and Tycho from Penny-Arcade.com!