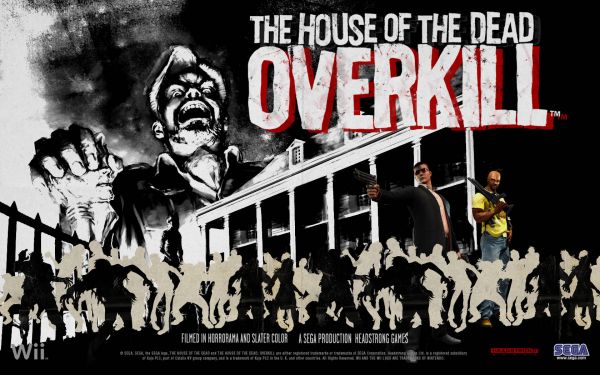 Will Papa Caesar be back?

If there is one thing I like, it's swearing.  If I am allowed to add another item to this list, it would be Zombies.  Finally, permit me a third - guns.  I like swearing, Zombies and guns.  This means that the Wii co-op shooter House of the Dead: Overkill was just my type of game.  SEGA took the traditional on-rails style of the House of the Dead games and kept it on rails..... but added an exploitation style 70s aesthetic and filled it with more blue language than the Blue Man Group Appreciation Society

I found HotD: Overkill a great co-op shooter that hid some of its ancient gaming techniques behind humor and gallons of zombie intestines.  Rumors are abound that a sequel to the 2009 original is in the works with the tentative, and may I add original, name of House of the Dead: Overkill 2.  With a release date mentioned of early 2011 there is not much time until the undead hordes are released once more onto the Wii.  However, with the motion control style gameplay, surely a Playstation 3 version will be released that uses the new Move system?  Perhaps even some hands free Zombie wrangling on the Xbox 360?

As of yet the game itself is not even confirmed, therefore guessing which formats it may be on is pure folly.  What is not pure folly is creating your own Zombie Survival Plan for when the inevitable Zombie Apocalypse occurs.  Remember, EU members of Co-Optimus are to gather at the London Eye - the rest of the community will have to look after themselves.