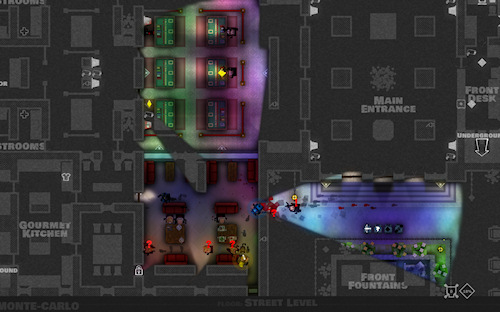 After many years (three to be exact) and many interviews (three to be exact) - including a podcast, a PAX, and another PAX; we finally have some concrete details about Monaco's console release.  While we previously knew we'd be seeing the game on the PC, exactly which console(s) the game would be hitting as well was a great mystery.

While the game started on Microsoft's XNA platform, which made us assume an XBLA release, a recent shift to another codebase made us think that perhaps the title would be hitting the PlayStation Network instead...or maybe in addition too.  Today though it's been revealed the game is officially coming to XBLA at an undisclosed date with a simulataneous release on the PC.

Monaco: What's Yours is Mine features four player local or online co-op.