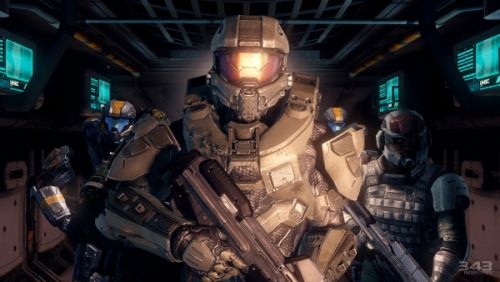 The fight was finished, but apparently a new one started.  Halo 4 is out this week and by all accounts its a damn good game.  Read our review, FAQ, and watch Spartan Ops Episode 1.  If Halo isn't your thing, perhaps some classic Genesis titles will fancy you.

Toe Jam and Earl / Toe Jam and Earl in Panic on Funkotron (PSN) - The PSN is splitting the Toe Jam and Earl games into two separate downloads for $5 each.  The first game is a classic top down co-op adventure featuring two funky aliens while the second one adds some side scrolling to the mix.  2 player online co-op, 2 player couch co-op.

Here are the rest of the games out on Tuesday, November 6th.  Note that the Mass Effect Trilogy features co-op in Mass Effect 3, but we didn't feel the need to list that separately.