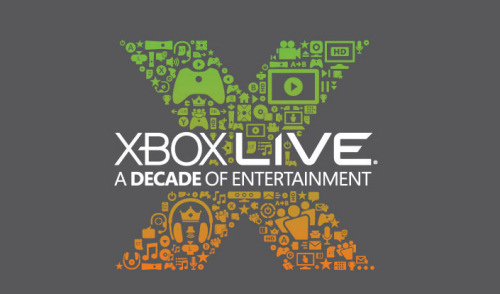 In 2002 Microsoft launched an ambitious service to bring multiplayer online gaming to the console masses.  Requiring a broadband connection, which at the time seemed like a bad decision, Xbox Live launched with built in voice chat across every game.  This ladies and gentlemen was the best possible decision and clearly it had a large effect on how Xbox grew in the years to come.

When Xbox Live Launched in November of 2002 it had but 3 supported games - MechAssault, NFL Fever 2002 and Ghost Recon (shortly after NHL 2k3 launched as well).  While the original Xbox Live resided in the game's themselves, it still featured things like a unified friends list to help foster a community.  When the Xbox 360 launched in 2005 it brought the service to the dashboard, making it available anywhere.  New features like achievements and the party system changed not only console gaming, but the effects were felt in the PC world as well.

For co-op gamers Xbox Live has given us a resurgence.  The always connected nature of consoles has ushered in a renaissance of cooperative games over the years, with each year seeing more than the previous.  Microsoft made it incredibly easy for gamer's to play together, to reconnect to your friends across the country and across the world.

To celebrate the 10th Anniversary milestone, Microsoft is holding several contests including ones to give away some of these swanky looking special edition consoles.  More details can be found here.